Stevens first tried stand-up in Los Angeles, before moving to Seattle, where he began developing an act, in addition to creating and starring in a public-access television show that garnered a cult following. His career continued for a three year stint in New York City, before he found a permanent home in the Los Angeles comedy scene. Stevens’ appeared on the television shows Premium Blend, The Late Late Show with Craig Kilborn, The Test (TV Series 2001) with Jillian Barberie, Late World with Zach, The Best Damn Sports Show Period, Chelsea Lately,, Tosh.0, TMZ on TV, Fox NFL Sunday, and Conan. Stevens’ also appeared in the movies Jesus Is Magic, Due Date, The Hangover, and The Hangover Part II. He was however, cut out of the movie Funny People. 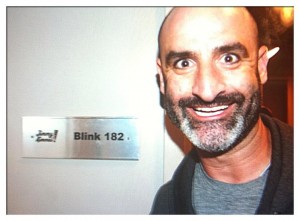